J. Kerry Clayton, President and Chief Executive Officer, said, "Assurant had a very good quarter. Our specialized insurance model delivered net operating income of $87.5 million, up 14% over a year ago. Our results were driven by strong performance in our three largest businesses. We remain focused on generating profitable growth from our market-leading niche products in 2004." 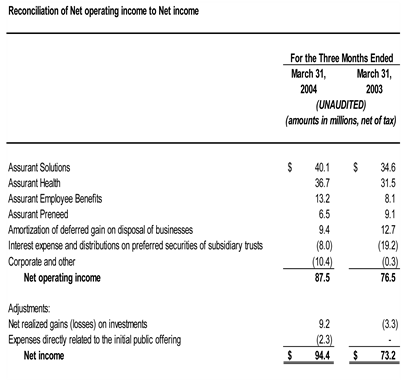 Assurant Solutions net earned premiums in the first quarter 2004 increased 9.0% to $623.1 million from $571.5 million in the first quarter of 2003. The increase in net earned premiums was due primarily to growth in the warranty and extended service contract products in the consumer protection business and growth in the specialty property solutions business.

Assurant Health net earned premiums in the first quarter of 2004 grew 15.5% to $550.9 million from $477.1 million in the first quarter of 2003. The increase in net earned premium is attributable to continued strong growth in individual insurance and continued steady growth in small group. New Health Savings Accounts (HSAs) contributed to growth in individual membership.

In addition, a financial supplement relating to the company's financial results for the first quarter 2004 is available in the Investor Relations section of the company's website at www.assurant.com.

The company, which is traded on the New York Stock Exchange under the symbol AIZ, has approximately $24 billion in assets and $7 billion in annual revenue. Assurant has more than 12,000 employees and is headquartered in New York's financial district.

Some of the statements included in this press release, particularly those anticipating future financial performance, business prospects, growth and operating strategies and similar matters, are forward-looking statements that involve a number of risks and uncertainties. For those statements, we claim the protection of the safe harbor for forward-looking statements contained in the Private Securities Litigation Reform Act of 1995. For a discussion of the factors that could affect our actual results please refer to the risk factors identified from time to time in our SEC reports, which can be accessed from the Assurant website at www.Assurant.com.

(2) Assurant uses net operating income as an important measure of the company's operating performance. Net operating income equals net income, before the after-tax effect of net realized gains (losses) on investments and the after-tax effect of other unusual and/or infrequent items. The company believes net operating income provides investors a valuable measure of the performance of the company's ongoing business, because it excludes both the effect of realized gains (losses) on investments that tend to be highly variable from period to period, and those events that are unusual and/or unlikely to recur. 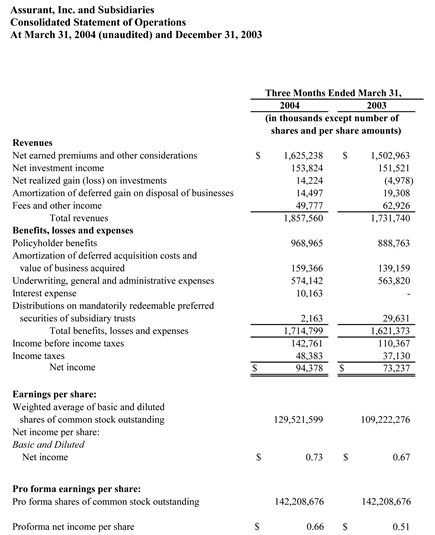 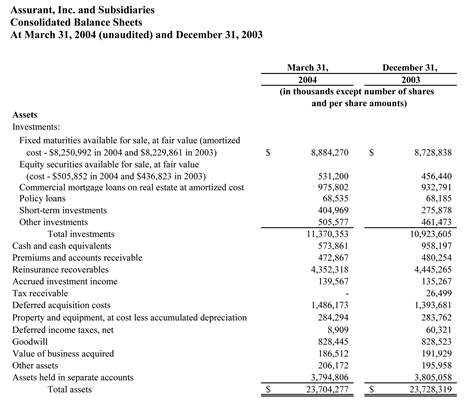 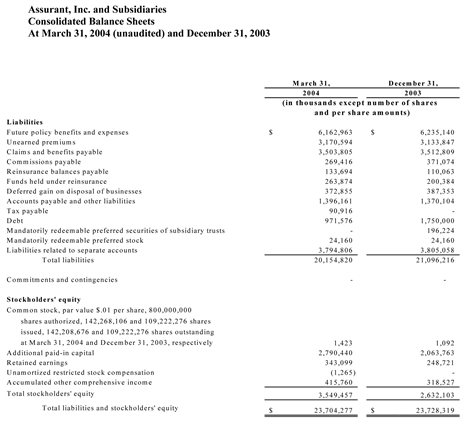