The Ward Group once again has named Assurant among its 2014 Top 50 Performing Insurance Companies in the property-casualty industry for the eighth consecutive year. 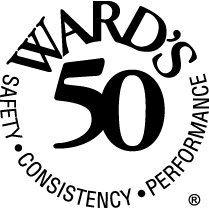 The leading provider of benchmarking and best practices studies for insurance companies, the Ward Group recognized Assurant for its superior financial performance during a five-year period.

How did Assurant make the cut?

To earn a spot on the list, Assurant was ranked competitively in three specific categories: safety, consistency and financial performance. Rating criteria for property-casualty companies are as follows:

A previous version of this story incorrectly stated that Assurant had been recognized by the Ward Group for the past six years when it should have stated for the past eight years.